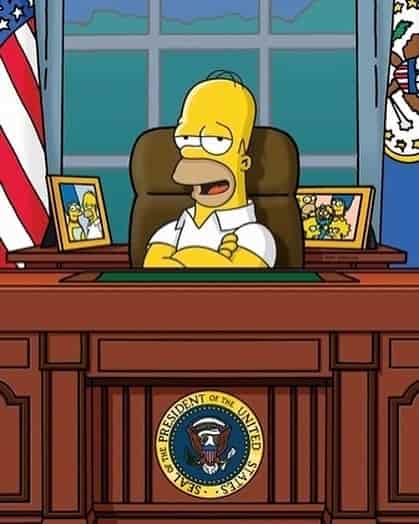 From the public to the president

Titles do not necessarily translate directly from one language to another. In British English, a president is a head of state, the top figure in a country that has one. She or he can be an executive president (one that runs the government), a dictator, a guarantor of the constitution or just a formality. As the latter two, this is quite akin to a modern European monarch (though their family weddings are less flamboyant). In a parliamentary system where there is a non-executive president, the person that runs the government is called the prime minister, not the president of the government (as in Serbian). Serbian has presidents in all kinds of places, but the word is not used so profusely in English, which has a speaker to run the parliament and chairs to preside over its committees. The title ‘premier’ usually refers to the head of the executive arm of a government, be this a prime minister or a president.

In the private sector, Serbian companies also have presidents as in ‘predsednik upravnog odbora’, literally president of the managing board. This corresponds to the American president of a company, but not in British English, whose managing boards have a chairperson.

In Serbian, the guy (I use this word in a gender-neutral sense) who runs a company from day to day is the direktor. He or she reports to the upravni odbor, which consists of članovi upravnog odbora. In English, a director is any member of the managing board (or board of directors). The top executive manager is usually also a member of this board, so they are called the managing director. Americans (and by now others) call this person the CEO (Chief Executive Officer), an expression that has proliferated into CFOs, CIOs and COOs, and I am sure that somewhere there are by now also chief coffee-making officers. If you want to emphasize that a director is not part of the day-to-day company management but is just a board member, you can use ‘non-executive director’.

As for the plebs, Serbian seems keen on ‘zaposleni’, the employees. I find ‘staff’ is usually better as it just means the people who work in a company, or ‘a member of staff’ for one of them. ‘Employees’ underlines the difference between them and employers: in certain cases this is intentional, but often not. Even when a distinction is made it is often preferable to avoid it (e.g. staff and management), since the so-called management are also company employees, even the managing director. Note that the staff (a singular noun) can behave in the plural as it is understood that it is a collective noun for more than one person, e.g. “the staff are all present” but “the staff has been informed” – both OK. (See also a later article on this point.)

Getting more general still, ‘građani’ or ‘citizens’ is a favourite in Serbian texts. In English this seems to me to bear a whiff of the Soviet era, which tried to give a theoretical importance to the ordinary person that reality did not always bear. In English, use the word ‘citizen’ in the context of emphasizing citizenship of one state rather than another. More usual in English is ‘the public’, when you want to refer to people who just do not have a special role in whatever you are talking about. ‘Individuals’ is also a possibility if you want to draw a distinction between them and, say, companies. You often see the dichotomy ‘privreda i građani’, often badly translated as ‘the economy and citizens’, where ‘companies and individuals’ could often fit better. (See also another article on this.)

In terms of gender equality, ‘persons’ seem to be ever more popular, but please don’t take it too far. The person that heads a committee used to be a chairman, until it became usual to have a chairwoman too. If you don’t know the person’s gender then a chairperson is OK, or simply ‘the chair’. Recently, it has become fashionable to use ‘person’ all over the place, as if to use the terms ‘man’ or ‘woman’ are somehow divisive or deprecating. They should not be. Avoid exaggerated correctness and call things by normal, descriptive names, while still being sensitive about gender equality and respectful to all.

While we are on that topic, try also to avoid the clumsy ‘he or she”, he/she’, or ‘s/he’, unless you really want to emphasize the fact that it can be either. You can usually find a good way, often by shifting to the plural. ‘A writer is human. He or she can make a mistake.’ can without change of meaning be altered to: ‘Writers are human. They can make mistakes.’ Or, if that doesn’t fit, you can simply use the plural pronoun in place of the singular: ‘A writer is human. They can make a mistake.‘. This use of the plural for a singular subject of unknown gender has been used in English at least since 1375 when it was used in William and the Werewolf, so feel free to do it yourself.