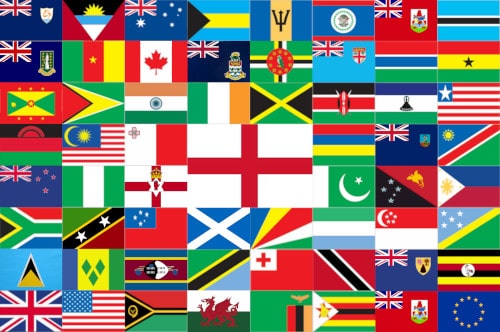 US or UK – or neither

Should we use British or American English? We often get asked for one or the other, and it can sometimes seem as if people think these are the only two there are. But a quick bit of research shows that from Anguilla to Zimbabwe some 61 states, almost a third of all the world’s countries, use English as an official language, as does the European Union.

Most of these have their own variety of the lingo, or even several, and some can be unintelligible to a Brit. A certain style of English has also developed in Brussels, though the European Commission has made admirable efforts* to promote ‘good’ written English rather than the mélange often heard there. My ancient version of MS Word lists eighteen kinds of English in its spell-checker.

So what kind of English should we use? Well, as with so much else in translation, the issue is one of purpose. For adverts in Abuja, legislation in Lilongwe or medication in Monrovia, different dialects and styles are required.

As you might guess from our company name whose origins lie in Yorkshire, at Halifax we use British English as a standard unless we are asked for another kind. That other is usually American English, but the difference between the two is often misunderstood. Many words and phrases that are today associated with American English originated in the UK, but their use there declined or changed. That does not mean that they are somehow un-British. Other words have migrated the other way, and some have happily bounced back and forth over the Atlantic several times**, subtly shifting meaning with each move, just as they often do between regions of a country. Indeed, regional differences can be as weighty as national ones.

A Londoner’s or a New Yorker’s sandwich (food pressed between two pieces of bread, first popularised by the Earl of Sandwich in the 18th century) may be called a butty in Lancashire, or perhaps further south if it contains chips (French fries to Americans, and not to be confused with potato crisps). So you should be just as wary of regional variety as you are of national, depending on your audience. For this reason, native English translators can sometimes be a bad choice for a non-English audience, as some have trouble distinguishing colloquial expressions from those that will be more broadly understood. This can be more serious than a few spelling mistakes or missing articles.

Rule-lovers often decry the use of certain expressions as being un-British or un-American, but they frequently get their facts wrong. And besides, this cross-fertilisation provides wonderful opportunities for subtlety in the use of the language. The important thing, as always, is to think of the purpose and likely audience, and how they will understand it. So while aiming for a specific variety of English, don’t exaggerate, as you can quickly find yourself on thin ice or denying yourself spot-on expressions.

Words that are obviously American to a Brit will be readily understood (cookie/biscuit, fall/autumn), while more subtle differences can be trickier. Brits can be ill with a cold, Yanks will be sick unless the illness is a really nasty one, but a Brit who feels sick is about to throw up.

More obvious are some of the common spelling differences. A non-native writer from a phonetic-language background will often struggle with the language’s seemingly insane spelling, but thankfully the Americans have rationalised some words, taking a step away from their French origin. Some common ones are licence/license, defence/defense, labour/labor, centre/center, analogue/analog, tyre/tire, grey/gray etc. But don’t be too fastidious: the British will usually realise what an American realizes, but only nitpickers will gripe if you customize UK English, since the ‘ize’ form is perfectly correct in British too. In UK English, a program runs on a computer; if you want a schedule of events then ‘programme’ is your word. In American English, both meanings use the shorter form.

Oh, and when you are translating, please use the spell checker. Start with ‘Select all’ and set the proofing language to the English variant you need, or finish with that before you re-read your work. I am astonished at how professionals whose main tool has for decades been their text editor don’t seem to think about setting the language variant, just leaving it to Microsoft, which of course means their form of American English. But you should also be wary of spell-checkers, they tend to be excessively rule-bound.

Dates are another point of difference. We standardly use the European form with the rather more logical order: day, month, year, unless the American English is requested. (No full stop after the year by the way, 1951 is nineteen fifty one, not nineteen fifty first, as in Serbian.) So 22 October, 22 Oct, 22.10, 22/10, not 22nd October, even if the same date in spoken language is “the twenty-second of October”. For US English, turn the day and month around, October 22.

Otherwise, a British baby eats sweets, not candy and poops in a nappy, not a diaper; an American holds his pants up with suspenders where a Brit uses braces for his trousers; British cooks use aubergines and courgettes where American ones use eggplants and zucchinis; a British car has a bonnet, a boot and a bumper, not a hood, a trunk and a fender; an American building’s first floor is at ground level, but don’t walk out of a British first floor or you may break your leg.

Let’s just mention a couple of expressions that seem to cause frequent confusion: first between British and American English. A highway is a main non-urban road, often called ‘magistrala’ in Serbian. I suppose the name comes from the fact that when they started being constructed, they were elevated to get them out of swampy ground, which happened well before motor vehicles or the USA were thought of. A motorway on the other hand is a specific form of highway: a fenced-off dual carriageway usually with an emergency stopping lane, crash barriers, emergency phones and other safety features, with access restricted to motor vehicles, and not all of them at that. This is the English translation for the Serbian ‘auto-put’, German ‘Autobahn’ or French ‘autoroute’. Some bilingual dictionaries will tell you otherwise, but don’t believe them. The British tend to use ‘motorway’ more often, whereas in the USA, the broader term ‘highway’ is more often heard.

The next has nothing to do with the transatlantic rift as it is between English and Euro-Englisch. The word ‘control’ is often misused. In English it does not mean to check, inspect or monitor, it means to manage or steer something directly. You can control a car (using the steering wheel and brakes) but you can’t control a passport as it has no controls – you check it or inspect it. So ‘kontrola upravljanja aspektima zaštite životne sredine’ means monitoring the management of certain aspects of environmental protection, i.e. checking that the managers are doing their job properly, not controlling them, which would be a form of micro-management.

So please control your use of language variant, and inspect your settings to check that Microsoft doesn’t.

** For an excellent description of the relationship between British and American English, read The Prodigal tongue, by Lynne Murphy