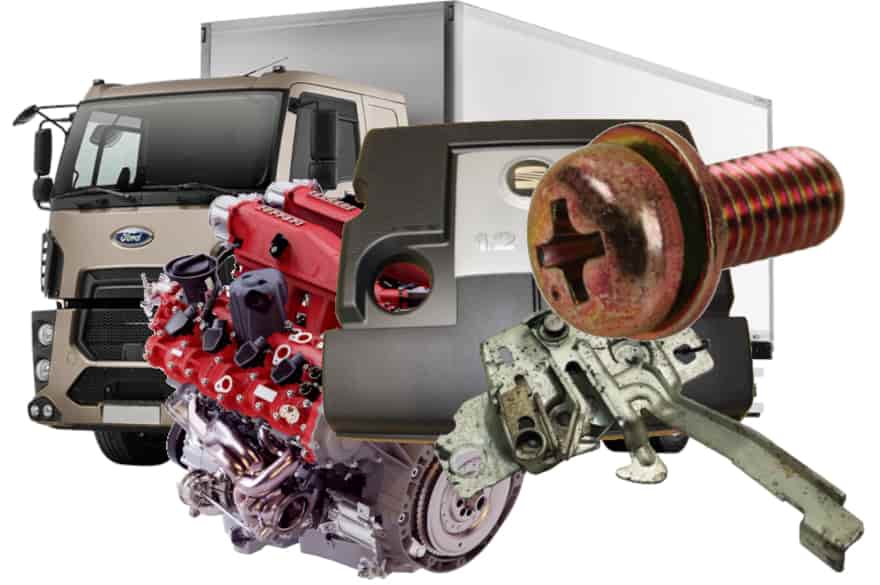 Some things seem straightforward, but in fact give rise to surprisingly frequent problems: adjectives are a case in point.

Describe it with an adjective…

An adjective is often used to describe a noun: a live cat; a dead rat; an infectious bat. But what if there is no adjective that fits? Can you make an adjective from ‘truck’ like you can from life, death or infection?

You could perhaps say ‘truckish’ or ‘truck-like’, but they are pretty grim so don’t. You could also use a genitive case: ‘the truck’s engine’, but this can sound clumsy. You can turn it round and use ‘of’: ‘the engine of the truck’. This can be fine, but what if it gets more complicated: ʻthe position of the screw of the lock of the cover of the engine of the truck?

…or use a noun

It is often a good idea to avoid genitives. A recent translation had “semiconductors’ topographies”, which is much better as ʻsemiconductor topographiesʼ, using the noun again. When the managing board holds a meeting, it’s the board meeting, not the board’s meeting.

Of course, if there is a more tangible form of possession, then the genitive is fine: ‘Grethe’s blog’ or ‘Andrew’s indiscretion’ rather than ‘the Grethe Blog’, which could perhaps be a blog about that person rather than by her, or ‘the Andrew indiscretion’, which sounds like the title of a Robert Ludlum novel.

In some cases you have phrases that are so established that the alternative would sound silly. ‘The rule of law’ is a good example, as is ‘the Duke of York’ or ‘a dog’s dinner’. Just try ‘the law rule’, ‘the York Duke’ or ‘the dinner of a dog’.

At the other end of the scale is our maintenance manual entry, but in between it can be a matter of judgement. ‘Application of procedures is clearer and nicer than ʻprocedure applicationʼ, ‘Summary of claims’ is preferable to ‘Claims summary’.

‘The boardroom door’ and ‘the door of the boardroom’ are both good, the choice depends on the context. If you are writing headings in a table of evidence, you could use ‘Age of accuser’, ‘Accuser’s age’ or ‘Accuser age’, but the last of these is not for a regular sentence.

Sometimes there is a choice, as between governmental and government. ‘Central banks were not always governmental institutions’; ‘The Greek National Bank is a government institution. The first describes the nature of the institution while the second places it in the system. I have a wooden cabin with a wood stove, which is cosy in winter, but if I installed a wooden stove I wouldn’t have it for long.

There are some nouns that don’t (or shouldn’t) have adjectival forms, like ʻsectorʼ. Write ‘sector plansʼ, not ʻsectoral plansʼ. A sector plan is a plan for that sector; a sectoral plan would be a plan whose nature is concerned with sectors. As for ʻsectorial plansʼ, please no. It sounds ghastly.

Then there are hyphenated expressions. They are rarely beautiful, but sometimes needed when two nouns or sometimes other words are combined, as in ‘a two-inch plank’ or ‘a river-polluting effluent’. Leave out the last hyphen and you’d get ‘a river polluting effluent’, which turns the meaning on its head. Here’s another: ‘I saw a man eating shark’ (yum yum) vs ‘I saw a man-eating shark’ (help!).

But the hyphen is not usually needed with an adverb: ‘a nicely rounded expression’, ‘a well turned phrase’. In general you can often leave it out and keep the full meaning while avoiding its ugliness as in ‘the cover lock screw’. Use it if you need it for clarity.

or a series of adjectives

And what about a series of adjectives? Aren’t they separated by commas? Not always. Compare ‘a long, winding road’ with ‘a large Christmas tree’. In the first, the road is both long and winding (these are called co-ordinate adjectives); but is the tree both large and Christmas?

No, it’s first and foremost a Christmas tree, its largeness is definitely a secondary quality, even if that’s the main point of the sentence: ‘I went out to buy a large Christmas tree as I was disappointed with the small one we had last year’. Co-ordinate adjectives can also be separated by ‘and’: ‘it’s a long and winding road’. Try that on the other kind: ‘I bought a large and Christmas tree’ – doesn’t work, does it?

As for the order of several adjectives describing a noun, it can sound odd or funny if you get it wrong. Why this should be so I am not sure, but it’s clear. I can’t beat the explanation given by Mark Forsyth:

“Adjectives in English must be in this order:
opinion-size-age-shape-colour-origin-material-purpose Noun.
So you can have a lovely little old rectangular green French silver whittling knife. But if you mess with that word order in the slightest you’ll sound like a maniac. It’s an odd thing that every English speaker uses that list, but almost none of us could write it out. And as size comes before colour, green great dragons can’t exist.”

As always, if your translation is for publication or to make a good impression, get it revised. A second pair of eyes is simply always a good idea, and none of us can be sure we have got all of these things right.