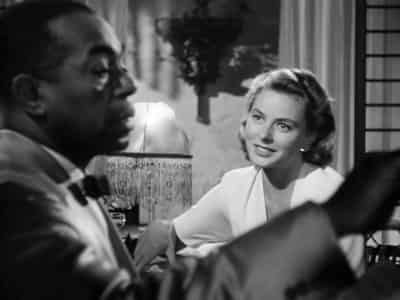 Time is one of those words whose meaning changes substantially with its article. Try asking a Brit: “Excuse me, what is time?” An honest answer may be something like: “an abstract concept that I would struggle to define”. While there is always a time for such questions, you may really have wanted to know the time, which of course was 11:35 AM. Had it been 25 minutes later, you may have been puzzled to hear 12 PM, which some people think correct as the day starts at midnight, which must therefore be 12 AM. However, as AM stands for the Latin Ante Meridiem, meaning ‘before midday’, and PM for Post Meridiem, meaning ‘after midday’, midday can hardly take sides, can it? Purists therefore say it is 12 M, we others 12 noon. Of course, the 24-hour clock avoids the ambiguity, but also the fascinating history, which goes all the way back to Sumeria.

Time also has its ins, ons and ats. ‘In time’ is at any felicitous moment before some deadline, as in ‘they de-fused the bomb in time’; ‘just in time’ and the last few minutes were pretty scary; ‘in the nick of time’ means they were in a cold sweat. ‘On time’ is exactly at a designated moment, neither before nor after. E.g. ‘Swiss trains depart on time’. Like the arrival times though, ‘at’ is more flexible: “It exploded at 21:23” (precision, but without the t-word); “but I was asleep at the time” (a temporal point in an extended period with a defining quality), or “that was at a time when 9/11 was still in the future”.

While we are there (or is it then?), ‘in future’ is from now on and ever after, or at least until further notice, like one of the unlikely New Year’s resolutions you’ve been making: ‘In future I will not eat unhealthy stuff’. ‘In the future’ is at an unknown but specific moment: ‘Not one of them has exploded yet, but I expect at least one to do so in the future’.

Like most nouns in English, time can be used as an adjective (a time bomb), and as a verb: ‘to time’ is to measure the time something takes. ‘To time out’ is to come to the end of a timed period (the fuse timed out, and bang!), though you can take time out if you need a break.

The Serbian word ‘blagovremeno’ should not usually be translated with ‘timely’, as this is an adjective. Strictly, if you do something like de-fuse a bomb blagovremeno then you should use an adverb (if you don’t you won’t need it of course). However, as timlily thankfully doesn’t exist, you have to say ‘in good time’, though it may have been a timely event for those living on the floor above.

A raspored, a plan with a time component, we can call a schedule (often pronounced šedjul in the UK and skedjul in the US, but not always) or a timetable, though the latter often refers specifically to train or bus times or a school lesson schedule. A ‘timeline’ has some sort of graphic, line-related aspect, so for the time being we will avoid it for general use (if the language evolves further under facebook’s ghastly influence we may have to revise that).

And what about deadlines? ‘Within 15 days of receipt of the summons’ is at any time between receiving it and 15 days later (not within 15 days from…, or within 15 days upon…). ‘Fifteen days from receipt means exactly that day, neither before nor after, and ‘upon receipt’ means immediately.

The Serbian ‘termin’ or ‘rok’ do not often translate as ‘term’. A term is usually a word, not a time, and is used in a time-related sense quite rarely in English. Use ‘time’, ‘timing’, ‘deadline’, ‘appointment’, etc. I can think of only a couple of common time-related English uses of the word ‘term’. One is in term limits for political office, e.g. ‘He bent the rules to overcome legal term limits by installing a puppet for a six-year term‘. The other one about going to full term is specific to pregnancies. You wouldn’t say ‘the bomb squad were disappointed that the fuse went to full term’, would you?