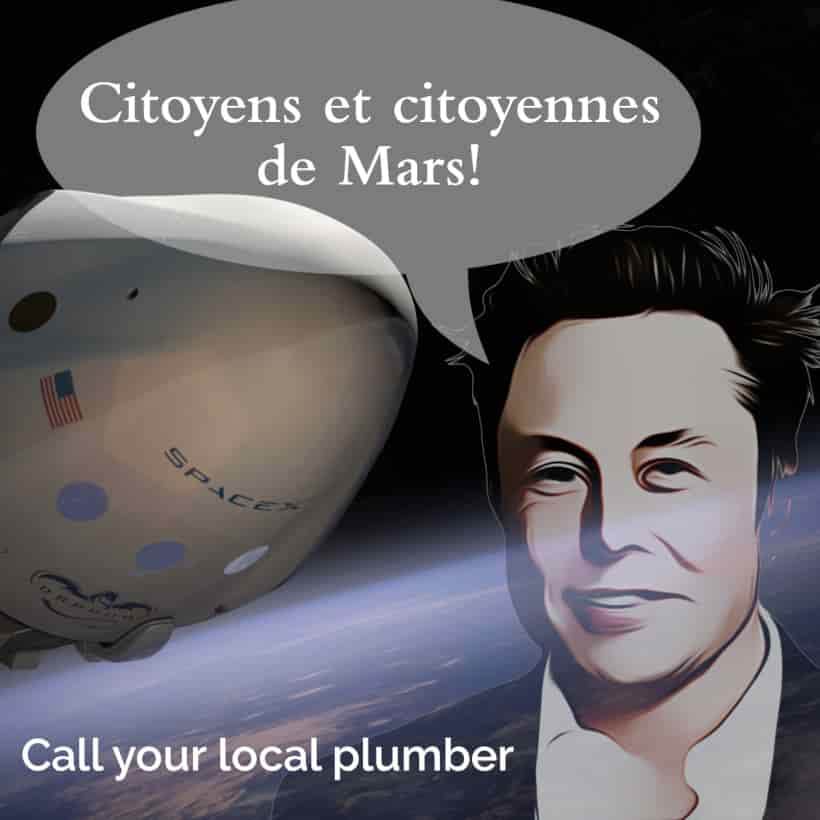 We recently translated a series of articles on the subject of doing business in Serbia. They were for a special edition of a magazine, and they all came together with short deadlines.

I always wonder why this happens, there was no current news or anything needing haste, but then the press just seems to be like that. So this business translation was done by five or six translators to meet the deadlines, and I got to edit them all in an attempt to ensure a certain consistency.

What struck me was just how consistent the translations were, at least in the problematic bits. Every time I changed an unfortunate phrase in one article I could be sure to find exactly the same phrase to change in others. This suggests that they were not mistakes or even preferences, rather an ingrained erroneous usage that is believed to be good English in the professional community.

Of course, it is partly the result of the usual suspect – excessively literal translation, often in combination with an original text full of stock phrases. I also suspect the use of a particular machine translation tool as a support, showing once more that MT is not to be used without careful and usually muscular revision. But let’s look at some of the troublesome expressions.

The prize example is the phrase ‘privreda i građani’. Pop it into Google and you get ‘the economy and citizens’ – and that is how all our professional translators write it, every single one without exception, wouldya believe it? Which came first, the habit or Google, I don’t know, but it seems as common as sour cabbage.

The phrase is used in Serbian to distinguish between natural and legal persons, or to lump them together to claim (rightly or wrongly) that their interests are congruent. Here’s an example: “Time bi se obezbedila zdravstvena zaštita za sve građane Srbije, povećala konkurentnost naše privrede, administrativno rasteretila i država i privreda i građani, …”. The bog standard translation you see is this: “This would provide health care for all citizens of Serbia, increase the competitiveness of our economy, relieve the administrative burden on the state, the economy and citizens, …”.

Now, ‘privreda’ is almost never ‘the economy’. The economy has to do with GDP, inflation, labour market participation rates etc, the sum of a whole country’s economic activity, a national, abstract concept. You could of course talk about the relative competitiveness of economies, but that would be a rather metaphorical construct, which is rarely what is intended. More directly, it is companies, individual businesses that need to be more competitive and relieved of administrative burden (and how). And this is what the author intended.

‘Privreda’ almost always refers to businesses, whether limited liability companies or sole traders. In English the word ‘company’ is often used loosely to mean a business unit, whatever its legal status. In Serbian this broader use is unusual, people refer to limited liability companies and sole traders separately, so when they are lumped together, I suppose translators seek a common term that does not seem to favour one of its components, hence their supine agreement with a bad dictionary’s offering.

I suspect this strong distinction arises from history, the absence of private companies in the former socialist Yugoslavia together with the presence of sole traders as craftsmen or subsistence farmers. This is reflected today in the (for a westerner) curious flat-rate tax system that sole traders enjoy, and which can lead to the oddest legal constructs that game the system (one of the largest private health care providers in Serbia, hospitals and all, is in fact a sort of coalition of sole traders). The sole trader pays a fixed monthly sum in tax and has no obligation to hold accounts (who fixes the sum and on what basis is a mystery to me, but that’s another story).

So how do we refer to businesses in English? Well, ‘businesses’ might do. You could also write ‘companies’ or ‘firms’ using the terms’ broader meaning, and ‘industry’ is a word that would frequently be used in an English article. Almost anything but ‘the economy’.

While we are there, what about the sole trader? The Serbian term for this legal form is ‘preduzetnik’. The roots of the word’s components are similar to those of the English term ‘entrepreneur’, and in business translation this is how both online and paper dictionaries translate it.

Don’t believe them. OK, the adjective ‘preduzetan’ means ‘enterprising’, but the noun is in 99% of cases used to refer to the legal status of sole trader, i.e. a single-person firm. In fact it is the unlimited financial responsibility that is its strongest attribute – if a ‘preduzetnik’ has debts, he hangs on them for life, whereas if a ‘preduzeće’ (a company) owes you something and goes bankrupt, go whistle.

In English, an entrepreneur is someone who “organizes, manages, and assumes the risks of a business or enterprise” (Merriam-Webster), often a visionary who succeeds against the odds – or fails. Some sole traders may also be entrepreneurs and some entrepreneurs may be sole traders, but most are not. An entrepreneur is more likely to be found heading a company like SpacEx or Versarien, not taking your call for a plumber to unblock your drains.

This brings us to the other half of the phrase, ‘građani’. Yes, it can mean ‘citizens’, but in English, ‘citizen’ is usually used, unsurprisingly, to emphasize citizenship in some way. You could contrast citizens with non-citizens: tourists, migrants or permanent residents who happen to be around but without citizenship, for example. The point in our typical example is not citizenship, but individuality or natural personage as opposed to the legal person of a company.

Citizens… It reminds me of the dictator in V.S. Naipaul‘s A Bend in the River, in whose speeches he repetitively chanted “Citoyens et citoyennes!” as a mesmerizing refrain that contributes to his hold on power. The word is just not used that much outside of politics or when dealing specifically with a person’s national status, and certainly not so much in economics.

So we could say ‘the public’, emphasizing the fact that this is your random Joe in the street rather than someone involved, like a health official. We could say ‘residents’, if it’s about a municipality taking care of those who live there. More generally we could use ‘the population’, ‘individuals’ or why not just ‘people’.

Hmmmm, this article has become longer than I intended and I still have several more business translation items for the subject. They’ll have to wait for a follow-up article.