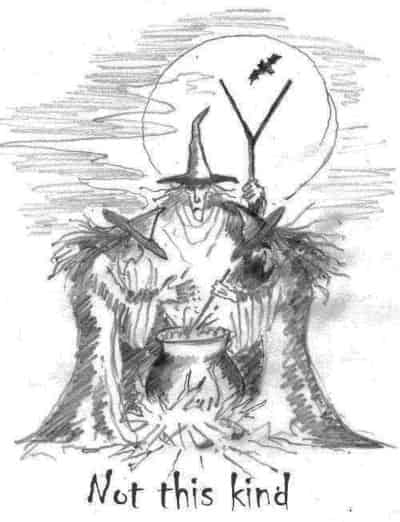 Fire which burns or caldron that bubbles?

Out of that and which, a lot of people seem to have trouble deciding which to use. It can seem confusing, but it shouldn’t be, there is a clear rule.

That doesn’t mean that there can be no ambiguity, there can. A good writer can use this ambiguity to sow uncertainty, but that is a secondary topic. Let’s run through the primary one.

‘Whichʼ is often used when it could better be ʻthatʼ. Here is an example:

Please re-write the draft report which you sent yesterday.

Sounds OK? Yeeeees…, but it can be clearer.

I know a word that is hard to define, which means I rarely use it.

In the sentence above, the word is already identified, the first part of the sentence can stand on its own. So ‘which means I rarely use it’ is a non-essential clause containing additional information, but not information that woulld make nonsense of the whole thing or take away the point we want to make if removed.

The ʻwhichʼ here refers to the fact that this word is hard to define, or to the fact that I know this, it could be either. But the part of the sentence before the comma could stand alone and make good sense, whereas the ‘which’ clause is not essential.

Another one: I have an apple that is sweet, which is good. Again, ‘that’ tells us the difference between the kind of apple we are talking about and other kinds of apple, sour apples: distinguishing the sweet ones is essential to what we want to say. ‘Which’ tells us that either the fact that I have it, or that it is sweet, is good – nice to know, but not essential to the main point.

‘That’ introduces what’s called an essential clause (or a restrictive or defining clause). Essential clauses add information that is vital to the point of the sentence.

‘Which’, however, introduces a non-essential clause (or a non-restrictive or non-defining clause), which adds information.

A word of caution. You will often find ‘which’ used to introduce essential clauses; in informal or colloquial usage, the words are often used interchangeably though this can cause confusion, so you don’t have to follow this rule but if you do, you won’t have any trouble. The more formal the level of language, the more important it is to preserve the distinction between these two relative pronouns.

When the battle’s lost and won,

you can often leave it out completely: