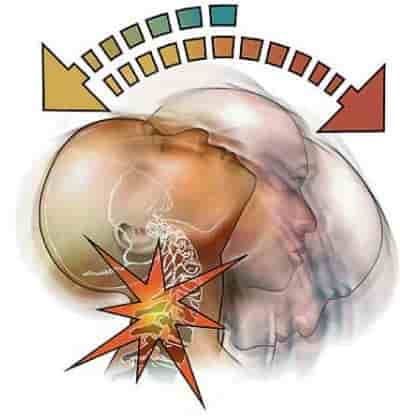 One of the most common translation problems I’ve noticed comes with retaining a Serbian (or other) sentence structure when it’s inappropriate. It can be grammatically correct, but just not the way an English-speaking person would express it. It can also be confusing. When you come across a long, complex sentence in Serbian that you have to read three times to understand, it is of course possible that the author intended the difficulty (especially if it’s a doctoral thesis by a politician). But it is more likely that they were just poor writers, and in most cases I think a good translation should help sort that out for them and make it understandable. Yes, there’s a danger that you miss the main point if that was to confuse the reader, but the risk the other way is usually greater. When you translate, you often have to judge these risks and sometimes even flip a coin, unless you have aeons of time and full access to the author – unusual luxuries.

Many Serbian texts use dreadfully long, composite sentences. Their flow is often interrupted by comma-bound clauses that make you feel as if you are riding a train with loose couplings between the carriages: stop, start, stop, start before you get to the point. After a few pages you need treatment for lexical whiplash. Let’s look at this.

First, be careful: such sentences can sometimes be well constructed, with Serbian case endings making clarity of complexity, though often they are just clumsy. When you translate them into caseless English, however, they become so unwieldy that they are hard to understand on first reading even if they are ‘correct’.

Here’s a mild example. ‘The government, at its session of 23.10.2014, decided, in view of the need to support the economy, to allocate funds, since there was a primary budget surplus, for subsidies to certain companies’.

Try and sort it out a bit: ‘In view of the need to support the economy, at its session of 23.10.2014 the government decided to allocate funds for subsidies to certain companies, since there was a primary budget surplus’. Getting the principal subject and verb together often helps make it clearer what’s going on.

Better still, break it up. ‘At its session of 23.10.2014 the government noted a primary budget surplus. To support the economy, it therefore decided to allocate funds for subsidies to certain companies.’

However, the extent to which you should re-phrase it depends on the purpose of the document: for a law or contract, be very careful indeed; for a more informal presentation for English speakers take a lot of liberty to get the point across in a natural way.

The big question in commercial translation is of course: how far to go? That depends on the style of the original, the purpose of the text, the target group and the good sense of the client. For certain contracts, for example, no-one will care a hoot if the style is lousy, just as long as they are legally watertight as interpreted by lawyers and judges. For an advertisement, it may be best to understand the aim, ignore the source text entirely and write afresh for a culturally different target group. (The latter is often called ‘localisation’ in the industry jargon, but it’s really just translation done right in a given context.)

These are the extremes. It is my dream to get every client to indicate on a scale of 1 to 10 where to pitch the translation of their text. Trouble is, many clients just don’t know. They think translation is either right or wrong, whereas in reality the complexity of language makes it very much an art, not a science. Picasso was neither right nor wrong, just great. Writers are artists too and translators are writers. So it is up to translators to judge for themselves, and take the flak when the client judges differently. Too bad, art has always been an ill-appreciated metier in the lifetime of the artist.

However, in commercial translation, clients have an important role to play – they pay the bill. So if you are asked to use forms and phrases that are not good English you should often agree to do so, since in business the customer is always king. But if you do this, please make a note about it with the translation, to inform the client of the error of his ways.

I’ll leave you with a couple of nice examples from the real world this week.

Our beginning, unlike many others, was not difficult.

Unlike many others, our beginning was not difficult.

That may sound simplistic, but if you have to read several pages of this kind of stuff, you get really tired of it.

The next one is not a legal document like a law or contract, but a lawyer trying to explain the situation to his client. The important thing here is that the client should understand what’s going on. He’s really outdone himself.

Following the observations of the appellate court in Xgrad and on the basis of decision No ABC999/99, on 1 October 2014 the Higher Public Prosecutor ordered a supplementary economic and financial expert examination. This should assess the circumstances in which the defendants may have obtained material gain or unlawful material gain for Company 1 d.o.o., Company 2 d.o.o. and/or Company 3 a.d. in theperiod referred to in the indictment. The defendants stood accused of the offence of abuse of office by incitement of a responsible person under Article 234 paragraph 3, cf. paragraph 1 of the Serbian criminal code, and of the criminal offence of abuse of office under Article 359, paragraph 3, cf. paragraph 1 of the code. If such gain were established, the examination should determine the value that each defendant had obtained for these companies. This was deemed necessary because the value of unlawful material gain is essential for determining the legal category of the alleged criminal offence.