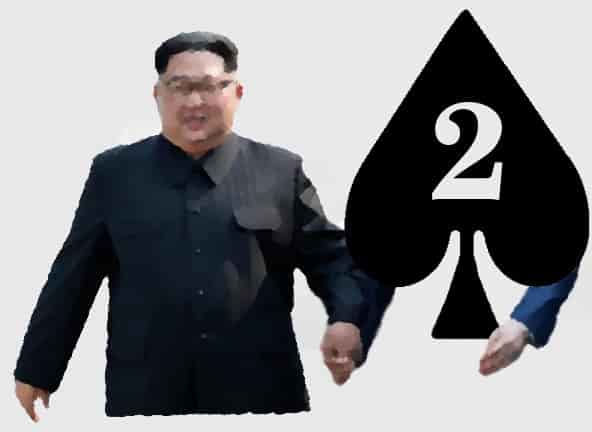 Time for one or two Serbian specialties. Some of them will not be restricted to Serbian, I suspect, but it’s in this context that I have encountered them (or Bosnian, Croatian, Montenegrin… BCMS, as some so inelegantly put it). Some words just don’t translate easily, often because they are flexible or ambiguous, or because the concept is quintessentially Serbian.

‘Odnosno’ has to be a royal example among Serbian specialties. Since ‘odnos’ is a relationship, it ought to mean something like ‘relationally’, but it doesn’t. In Serbian, it is used to mean one of at least six things that I can identify:

Now, unless I am mistaken, words that have several meanings are usually translated according to the meaning in question, which can frequently be identified from the context. But for some reason, this seems not to apply to odnosno. Many serious, grown-up translators who otherwise do normal things like go to work, ride bikes, raise kids or eat burek choose to use just one of these meanings whatever the context. It beats me why. How to get this across to them?

How about this: the word ‘trump’, for example, can mean a playing card of a temporarily more powerful suit in a game like bridge, or it can mean a rather primitive politician (OK, it should be capitalised for the second meaning but let’s not quibble). No translator would even imagine using just one of those meanings willy-nilly, whatever the context. Just imagine: “The two of Spades took another chummy meeting with one of the world’s nastier dictators yesterday”, or “the third player played a low card, and the fourth one took the trick by playing a compulsive liar”. It wouldn’t happen, would it?

But for some reason the word ‘odnosno’ seems to transcend ordinary expectations. Often the meaning of choice is ‘i.e.’. Now, i.e. is a shortening of the Latin ‘id est’, meaning ‘that is’, so it means that what comes afterwards is identical to what came just before. ‘Odnosno’ can be used like this but it can also provide variations in meaning, when it should be translated with ‘or’. Please guys, vary the translation according to the use.

Another common example of Serbian specialties (although not confined to just Serbian I think) is ‘Adekvatan’. It is quite a different concept from the English ‘adequate’ which means ‘good enough, but only just scraping over the threshold that separates acceptable from no-no’. ‘Inadequate’ is a much more usual word in English. You would not want your work to be described as ‘adequate’ in a corporate performance review, it would mean they are already looking for your successor. But this is another of those words that seem to elicit momentary lobotomy. ‘Adekvatan’ should usually be translated as ‘sufficient’, ‘suitable’ or ‘appropriate’, depending on which is appropriate (not adequate). To do otherwise is usually inadequate, which may for the most part be freely used for ‘neadekvatan’.

And how about ‘sistematizacija’? If you absolutely have to translate it literally into English, my guess would be that ‘systemising’ would be the closest thing to an English word (‘systemisation’ has actually been seen in Brussels, but then so have so many things). But it is commonly translated as ‘systematisation’ (again, by otherwise normal people, understand it who can). I hope neither will ever exist in English anywhere else in the world but in Serbia or other ex-Yu states with the same organisational heritage. If you are obliged to use this term, you might hold your nose and place it in italics so as to take a certain distance from it: ‘the so-called systematisation’. This is a practice often used for foreign words that are used in English because there is no really good equivalent (often for good reasons), e.g. the acquis. This may therefore be better as ʻthe sistematizacija’, but don’t count on anyone liking this.

The problem of course lies in the concept, another example of Serbian specialities. A sistematizacija is a structural description of a public sector organisation that contains posts, job descriptions and reporting lines among other things (here is an example). It is a document imbued with a kind of holy quality. Each time a new post is needed, no-one may be hired until the systematizacija has been updated to include it. This usually requires a series of time-consuming steps culminating in the minister’s signature, before the new document is filed to collect dust until the next time. Since organisations are shaped by ever-changing forces, a decision is usually taken rationally but recruitment delayed, often for years, while the updating ritual is performed. In the meantime the post remains non-existent, while an spoljni saradnik (‘external colleague’) is hired to do the job. The management will usually find a way to get round the formal restriction to meet its needs, so quite what the purpose of the document is, is anybody’s guess.

Of course, in more expedient organisational cultures it doesn’t work quite like this, so the concept is lacking, and with it the word. If you want a real English word, you may consider ‘organogram’ (a graphic diagram showing the links in a hierarchy or other organisation, but without the detail of job descriptions). Or perhaps ‘organisational structure’. ‘Rules of organisation’ is another possibility, or ‘system of organisation’. But at least one ministry officially uses the English: ‘Rulebook on internal organisation and systematisation of job positions’ (my italics). In this ministry, it seems these are two different things since the rulebook includes both, so quite what they mean with systematisation, who knows?

Self-government ‒ In English there is central, regional and local government, no local self-government has ever been heard of, nor any local someone-else-government, whatever that may be. And for that matter why not ‘central self-government’, if it’s not all decided in Brussels or Berlin? The logical extension would be for the Serbian government to become the Serbian self-government after EU accession, wouldn’t it?. One can only speculate on the origin of such an odd expression, it rather assumes that people do not expect to govern themselves, as if it is a special privilege granted to some satrap by the Holy Roman Emperor. The phrase ‘self-government’ has been seen in Brussels English, believe it or not, though the Commission also has some excellent guidelines that encourage their staff to use decent English (see for example here).

On the other hand, ‘The Ministry of Public Administration and Local Self-Government’ is its title, a proper noun phrase: thus was it baptised, like it or not.