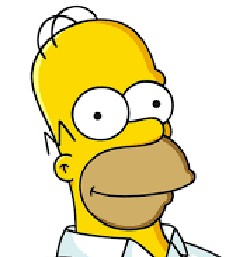 One of the things that make a text readable or not is its conciseness. Unnecessary guff tires the reader, so keep it simple. The use of over-precise terms can do that too. Simplicity is always a good idea, unless you have a cunning plan with complexity or redundancy.

Let’s take a look at a few terms and phrases that are often used unnecessarily.

Here’s a good one: ‘as well as’. In Serbian you often see “A, B, C, kao i D”, in English it’s A, B, C and D. Do not always translate ‘kao i’ as ‘as well as’, in fact do it only when it really fits (which is rarely). You’ll find ‘and’ is almost always better. ‘As well as’, may fit, for example, if D is something substantially different from A, B and C, requiring a clear distinction. E.g. This department is responsible for monitoring international trade, supporting the EU accession negotiations and translating documents that no-one will read, as well as for making coffee for the other departments. ‘Kao i” can also be translated in other ways when it fits: how about ‘Quite apart from that, this is also…’. Think about what the writer was trying to say, not so much about what they actually wrote (most texts for translation are horribly written). And keep it simple.

Another one: ‘In order to’ – ‘to’ is usually simpler and better. E.g. ‘We translate documents in order to allow others to understand them’. The extra words are not wrong, but they add nothing, they just make the text longer. Of course if you are paid by the word of target text, you may have that cunning plan, but please forget it. The ‘in order’ has its use, when a plain ‘to’ could cause confusion, for emphasis, or just because it makes things flow better. How about this: ….

‘He did not go the shop to do his usual shopping, but in order to talk with the new shop assistant’. Here, the ‘in order’ could be left out without changing the meaning, but it slows the sentence a touch at a crucial point, preparing the ground for an unexpected second clause. ‘She went to bed to sleep’ sounds a bit abrupt because of the two ‘to’s; ‘she went to bed in order to sleep’ is smoother, and emphasizes that, despite what you were expecting, she had this specific reason for doing it.

Here’s another in the same vein. Serbian translators seem to have learned that the straightforward word ‘in’ is not good enough, and that they should always use ‘within’, but its use is often excessive and sounds a bit pompous. Do not use ‘within’ to mean ‘in’. ‘Within’ is used to emphasize that it is really inside and not out, where the opposite, or just a hazy location ‘at’ somewhere could perhaps be expected. For example: ‘the ministry is in Nemanjina street’ or ‘the ministry lies in the government building complex, but within the ministry there are 32 rooms’. Or: ‘The spy was not just in the government but within MI5 itself‘. Try seeing whether it still makes sense if you put a vocal emphasis on the word within, if so then it may be well placed. Usually it isn’t.

While we are at it, ‘very’ is often a word to be binned if you can allow yourself the freedom. It can indicate that the writer is not really sure about the adjective that follows, and is trying to convince themselves, often unsuccessfully. A simpler statement can be stronger. Besides that, it has now become associated with one of the more primitive politicians of our times who uses it profusely in tweets. Its not that kind of simple we need.