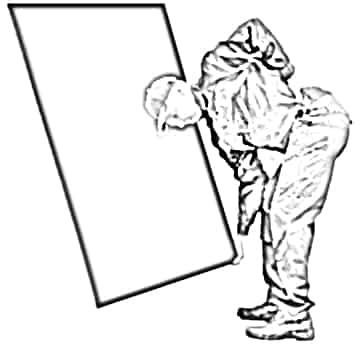 And or or: No 6 in a series of articles about translating into English

Time to take a shufty, a butcher’s or just a look at some small phrases that are often misused simply because the difference between good and less good is overlooked. (The terms in the previous sentence, just by the way, both mean ‘look’: the first comes from Arabic, the second from Cockney rhyming slang – a butcher’s hook.)

‘And’ or ‘or’? In Serbian, a text sometimes says ‘a i b’ (a and b), when it means ‘a ili b’ (a or b). In English you should often use ‘or’ (not ‘and’) unless the thing referred to must be both a and b to qualify for what comes before or after. E.g. ‘Bez dizanja i nošenja tereta’ = ‘Without lifting or carrying loads’ (from an HSE risk assessment document) – you do not have to both lift and carry objects to injure your back, one will do the trick quite nicely. I don’t know whether the Serbian ‘i’ really has a dual meaning or whether this is just sloppy writing, but it’s common, and the logic in English is clear enough.

‘From’ is another of these logical goofs. “We were helped by the Getty Center from Los Angeles” suggests that the Getty itself came to Belgrade to give a helping hand. The Getty Centre is ‘in’ Los Angeles, not ‘from’ it, unless it really gets on the road: you can imagine one of these wide loads that you see on Discovery Channel, getting stuck in some village or under a bridge.

When we read about institutions like ministries, we often see the phrases ‘in charge of’ or ‘competent for’, e.g. ‘the ministry competent for environmental protection’. I prefer ‘responsible for’ if it’s a slightly longer-term arrangement like Serbian ministries which tend to last a few years, or ‘authorised for’ if it’s a more interim arrangement. ‘In charge of’ tends to be a more individual assignment: ‘the officer who was in charge of security on the day it happened’. ‘Competent’ can be awkward as it has 2 quite different meanings: 1) authorised to do something, 2) capable of doing it. E.g. ‘the Ministry competent for environmental protection’ – perhaps.

A law can ‘come into effect’, though I prefer it to ‘enter into force’ (just a convention). A law that ‘becomes effective’ is more problematic, as this can be confused with the outcome of the law’s application. Many laws theoretically in force are completely ineffective at making people behave in an acceptable way, as they are only ever capriciously enforced.

Is it comply or conform? A person complies, a thing conforms: ‘By providing a product that conforms to the standard, I am complying with the regulation’.

‘Get’ is a word to be avoided in many circumstances. There is always an alternative: ‘I went to the bank to get some money’; I could have withdrawn it or just taken it . ‘Where did he get it?’ is OK in speech, but in a more formal text ‘obtain’ may be better. If the ‘it’ was a disease ‘he contracted it in Afghanistan’ or ‘he was infected by Mary’ . ‘I got a nudge and a wink from Jake’, but ‘they received this document from the Ministry of Justice’.
But for some phrases, ‘get’ is natural and effective: ‘I got up early this morning’; I could have arisen early, but it may sound a bit old-fashioned or stilted.

‘Get’ used with another word can often provide a less formal alternative, sometimes downright rude: ‘We started work’ or ‘we got down to work’ (gives quite a different impression); ‘Get down! (a bit more urgent than ‘Duck!’); ‘Please leave the room’ or ‘Get out!’; ‘Do come in please’ as opposed to ‘Get yer ass in here’.

Funnily enough, ‘get’ can also indicate a degree of responsibility for, or at least an active involvement in something that happened: ‘We got cheated’ (we were active players in whatever happened, however innocent) as opposed to ‘we were cheated’ (oh, poor us passive victims). ‘She was killed by a passing train’ (oh dear); ‘She got herself killed’ (seems she wasn’t careful enough); ‘she got her foot caught in the rails’ (perhaps she ought not to have been there); ‘She went and got her foot caught’ (she was definitely doing something inadvisable).